Founded in 1965, The Old Athlone Society preserves and publishes the history of the Athlone area, mainly by annual programmes of lectures and through its occasional publications. The society marked its fiftieth anniversary in 2015. 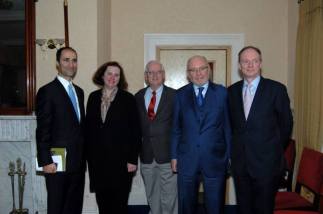 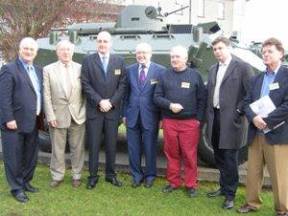 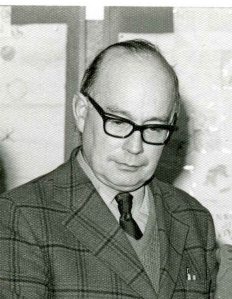 N. W. English
Each year the Society holds a memorial lecture to commemorate Norman William (Billy) English, a founder member and honorary secretary of The Old Athlone Society since its inception in 1965, until his sudden death at the age of 56 in February 1978. Billy was an auctioneer in Athlone. While not a professional historian and antiquarian, his endeavours for many years were connected with the history and development of Athlone and its hinterland. He demonstrated that he had a true historian’s instinct with which he developed a deep knowledge of, and affection for, his native region.

To The Athlone Society, he left the legacy of a thriving historical society, a museum that later became The Athlone Castle Museum, and a journal often used for reference by historians. Highly regarded as a lecturer, he was in constant demand by historical societies in all parts of the country. Billy frequently contributed articles to many historical journals including: Journal of the Royal Society of Antiquaries in Ireland; The Irish Sword; and Journal of The Old Athlone Society. Living as he did near Goldsmith country and Lough Ree meant that he was an authority on Oliver Goldsmith, the inland waterways of Ireland and being a keen sailor wrote: Lough Ree Yacht Club 1770-1970 a memoir, to mark the bicentenary of the club.