Personal reflections on the history and achievements of the Abbey Theatre

Posted on January 15, 2015 by athlonehistory

– Talk by Senator Fiach MacConghail, Director of the Abbey Theatre 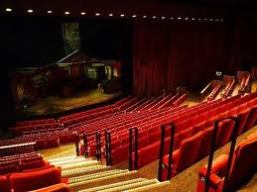 Speaker – Senator Fiach Mac Conghail has been Director/CEO of the Abbey Theatre since May 2005. The Abbey Theatre is Ireland’s national theatre and Fiach is responsible for its artistic programming and strategic management. He has produced over 100 productions for the Abbey Theatre, at home and abroad, including plays by Brian Friel, Tom Murphy, Frank McGuinness, Marina Carr, Paul Mercier, Mark O’Rowe, Sebastian Barry, Owen McCafferty, Carmel Winters and Sam Shepard, including 28 world premieres.

Fiach was Arts Adviser to the Minister for Arts, Sport and Tourism (2002-2005). He has worked on many cultural projects and festivals on behalf of the state including, Ireland’s Presidency of the EU (2004), Centre Culturel Irlandais, Paris (2001-2003), EXPO (2000), Venice and Sao Paulo Biennales of Visual Arts (1996-7). He was Artistic Director of Project Arts Centre from 1992 – 1999. He is a graduate of Trinity College, Dublin and was awarded the prestigious Eisenhower Fellowship in 2004. He is a founding member of the National Campaign for the Arts. Fiach Mac Conghail is an Independent Senator having been nominated by An Taoiseach Enda Kenny in 2011. He was honoured by the French Government with a Chevalier de L’Ordre des Arts et des Lettres in 2013.