The Hill of Gathering – Assembly Places and Practices in Gaelic Ireland

Posted on December 5, 2016 by athlonehistory

Summary – Professor Fitzpatrick’s lecture for the Old Athlone Society on ‘The Hill of Gathering’ is about the places chosen to hold seasonal assemblies, royal meetings and inauguration ceremonies of Gaelic kings and lords in medieval Ireland. Some important gathering places in Westmeath are included. 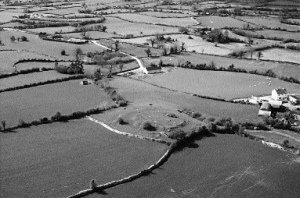 Speaker – Elizabeth FitzPatrick is a personal professor of historical archaeology at the School of Geography and Archaeology, NUI Galway, a director of the Discovery Programme and a fellow of the Royal Society of Antiquaries of Ireland. Her research and publications address landscape and settlement among Gaelic peoples of Ireland and Scotland from the 7th to the 17th century, with a focus on social organisation and cultural practice, topographies of power and territorial boundaries in medieval Ireland. She has published widely on assembly places and inauguration sites including a book on the subject Royal inauguration in Gaelic Ireland c.1100–1600: a cultural landscape study. She is currently completing a book on the landscapes and settlements of Gaelic learned families in Ireland 1200-160AD. She also leads cross-disciplinary publication projects important to Irish identity and cultural life among them Food and drink in Ireland and Domestic life in Ireland published by the Royal Irish Academy.